“For me, FC Barcelona is the biggest club in the world and naturally I wanted to come here and be part of it. I have had a lot of success in England but I want to have even more. I think I need another trophy in my list and I know that Barça’s ambition is to win the Champions League – this is my goal too,” said Toni in an official statement released by FC Barcelona on the club website.

“It was particularly great to meet Fran Sánchez. I have read all about him and his fantastic CV. Coming into the women’s team, playing for Fran and learning from his experiences will be a real honour.” 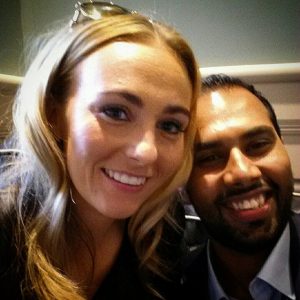 “I am looking to learn as much as I can from the manager, coaching staff and all the team. Fran has been at the club for a long time in the past so he knows the Barça style and the way, it’s something that I have fully bought into,” Toni continued.

“Barça have grown a lot in recent years, particularly in women’s football. I am very confident that together we can take it to the next level. The club have made their intentions very clear with their signings over the years.”

“On a personal level, I am a striker and I obviously want to score goals. I like to be in the box. But, creating chances is also very important to me, as is working for my team-mates on the pitch and with the whole team generally.”

“I like Luis Suárez and his style of play. I’m from Liverpool and grew up as a Liverpool fan so he has obviously been a great role model for me. His style of play is like he’s just playing with his mates in the streets sometimes. I love that style and that’s the way I try to be too. Hopefully I can bring to the women’s team what he’s brought to the men’s team,” she concluded.

Liverpool-born Toni Duggan made 74 appearances during her stay in Manchester, scoring 31 goals and helped the club to win various titles including the Continental Tyres Cup, the Women’s Super League and an incredible three-trophy haul between September 2016 and May 2017.

I would like to wish Toni all the best for her new challenge in Barcelona!

?????? @toniduggan: “FC Barcelona for me is the biggest Club in the world” pic.twitter.com/FD5PiFBs3j

Happy to support the fundraiser by @bananenflanker