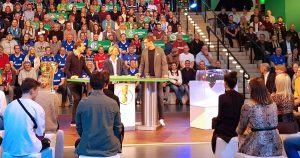 FC Bayern Munich had luck of the draw as the Bundesliga giants as will play host to Bundesliga 2 side 1. FC Heidenheim at the Allianz Arena. FC Schalke 04 will face in form Werder Bremen, while FC Augsburg and RB Leipzig clash in another quarterfinal match. Bundesliga 2 sides SC Paderborn 07 and Hamburger SV complete the quarterfinal line-up with a match at the Benteler-Arena in Paderborn.

The men’s quaterfinal matches have been scheduled for April 1 and 2, 2019.

The women’s quaterfinal matches have been scheduled for March 13, 2019.