DFL Deutsche Fußball Liga today announced the exact schedule for the Bundesliga and Bundesliga 2 matches from matchday 27 to 29 of the current 2019/20 season.

The Bundesliga top match between Borussia Dortmund and FC Bayern München will take place on Tuesday, 26 May. Borussia Mönchengladbach, currently in fourth place in the table, and Bayer 04 Leverkusen, currently fifth, will meet on Saturday, 23 May.

In Bundesliga 2, Hamburger SV will face the current table leader, DSC Arminia Bielefeld, on Sunday, 24 May. The following matchday, concluding a run of mid-week matches, VfB Stuttgart and Hamburger SV will meet on Thursday, 28 May.

The Bundesliga 2 match between Hannover 96 and SG Dynamo Dresden intended for the coming weekend on matchday 26 has been cancelled. The fixture between SG Dynamo Dresden and SpVgg Greuther Fürth intended for matchday 27 has not been set. This was decided in line with the Dresden health authority’s quarantine decision for the full SG Dynamo Dresden squad. The DFL well set the exact dates for the two matches promptly. A decision on the potential rescheduling of the match between DSC Arminia Bielefeld and SG Dynamo Dresden from matchday 28 will be decided in the coming week in line with the current quarantine measures and the possibility of resuming team training. The DFL is currently in consultation with those in charge at SG Dynamo.

The next fixtures for Bundesliga and Bundesliga 2 are expected in the coming week. 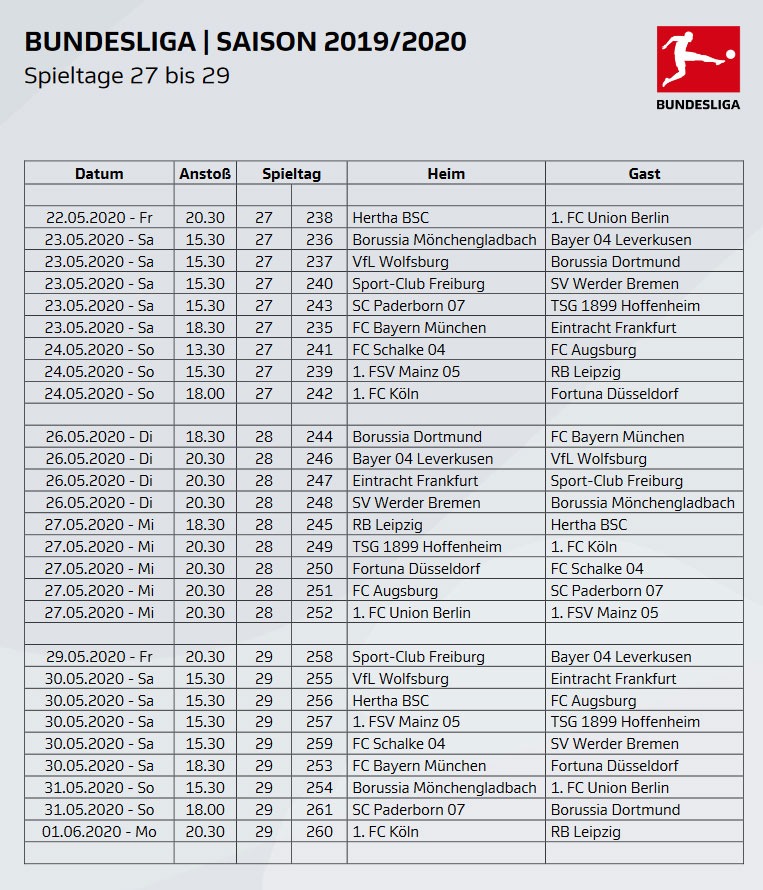 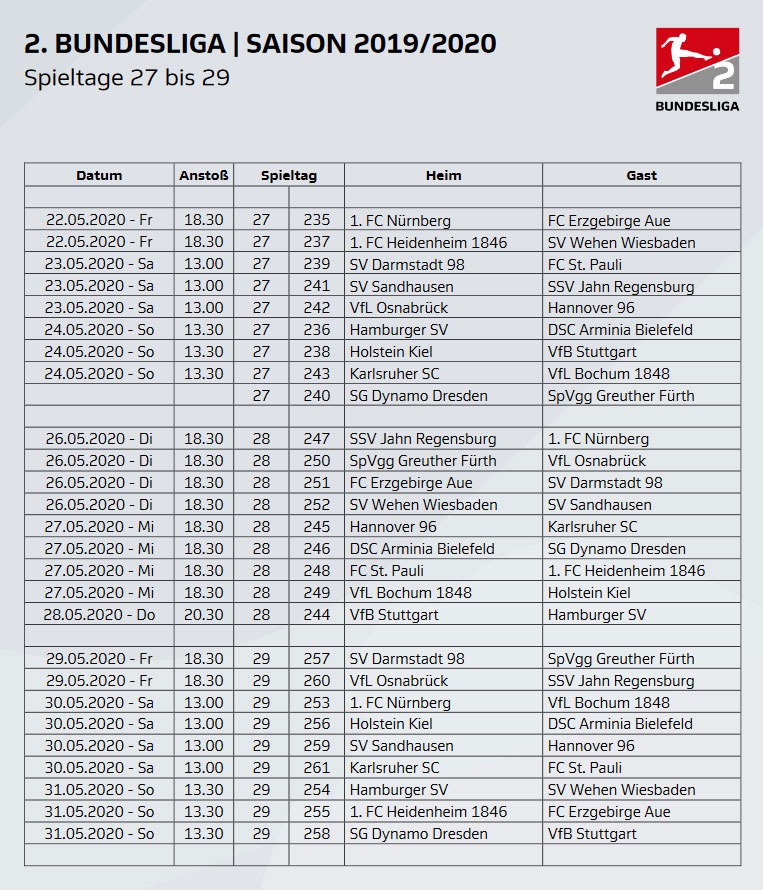