The verdict underlines that women’s football and women in football are still facing discrimination and sexism at all levels.

The letter is addressed to the DFB and the players condemn the case and urge the national body to review the WDFV’s verdict and to take a strong stand against discrimination of women in football. Furthermore, the players made clear that they feel offended, discriminated and embarrassed.

I would like to testify my full support for the campaign initiated by the Women’s footballers. Please respect and support women’s football, women in football and women in any sport and in society. There is no room in sports and society in general, for discrimination, sexism, racism or any other form of intolerance! 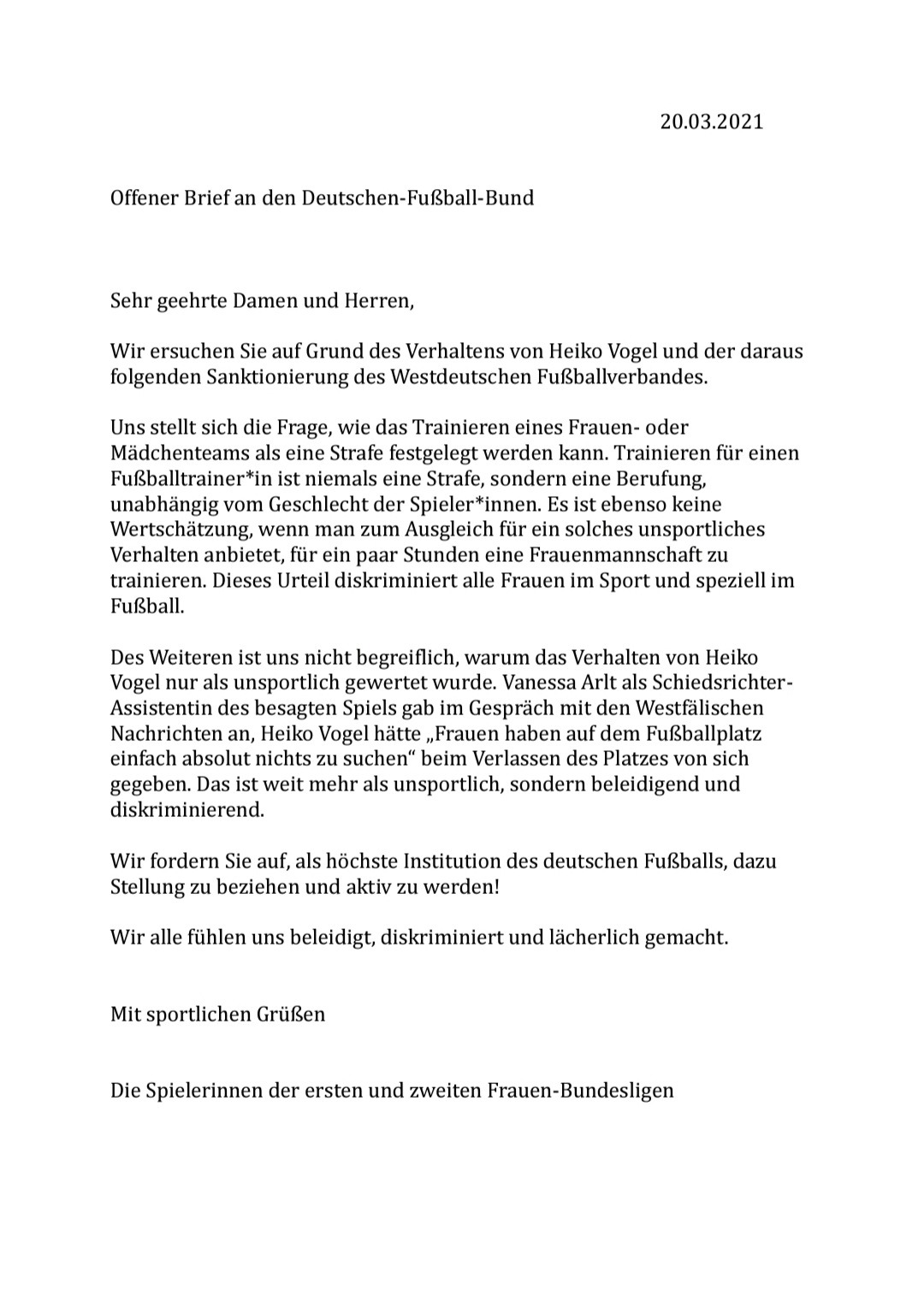