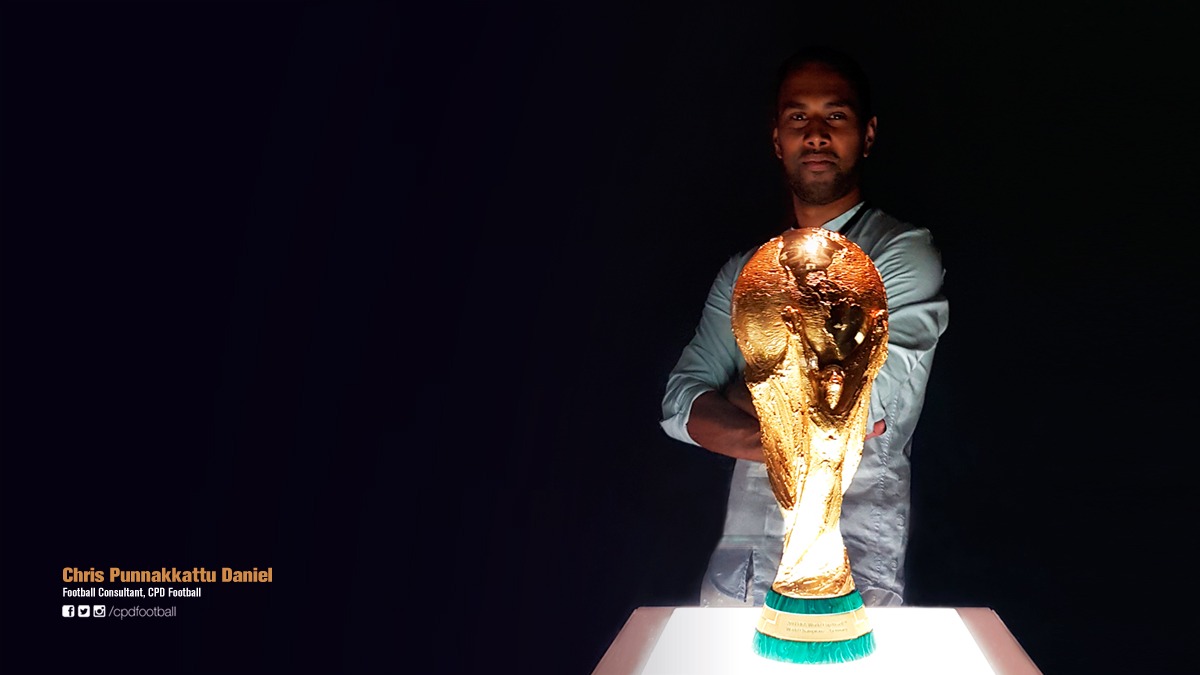 I was born on August 19, 1981 in the German town of Versmold to Indian parents who hail from the South Indian state of Kerala.

Born and raised in a football-crazy country, I quickly got interested in the beautiful game of football. Kicking the ball with German schoolmates, collecting football stickers and following the Bundesliga on television was just the beginning of my journey into the world of football… an exciting journey which I couldn’t imagine of in those days!

I started to get curious about Indian football in the mid-nineties when German friends asked me about the game in India and why a country with a population of more than a billion couldn’t produce eleven capable footballers. I started my research on Indian football on the internet and I noticed a website called IndianFootball.Com. A website launched as a university project by Arunava Chaudhuri in 1998.

I got in touch with Arunava and months later he asked me, if I would be interested to help him with the online project. I joined IndianFootball.Com as a COO and Assistant Editor-in-Chief in late 1999. We were able to establish India’s first website dedicated to football into a renowned portal and to take Indian football to a global stage.

IndianFootball.Com paved the way for more than 19 years of experience in sports journalism as I had the chance to work for various national and international media organizations e.g. Press Association Sport, BBC World Services & Asian Network, FIFA.com, n-tv, All-India Radio, WELT am Sonntag and Mathrubhumi Daily amongst many others.

My involvement during the last 20+ years was not restricted to football media, but it also helped me to work and establish myself in different sectors of football business including management, consultancy and public relations. I have worked on numerous football projects for e.g. the German Bundesliga, football clubs like TSG 1899 Hoffenheim, the Indian national football team and others. I’m attached to Women’s Bundesliga 2 side FSV Gütersloh 2009 as a Strategic Advisor since the 2021/22 season.

Further I was also able to gain experiences in marketing and the advertising industry through my association with various ad agencies in Germany. It has helped me to approach all my football and media projects with a different and holistic perspective. 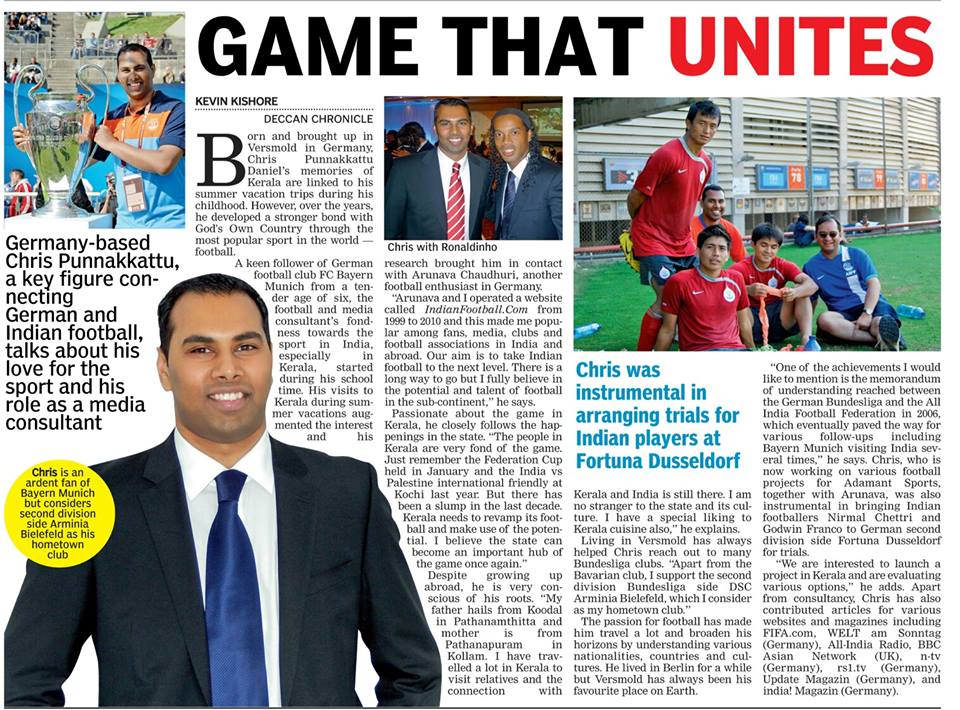 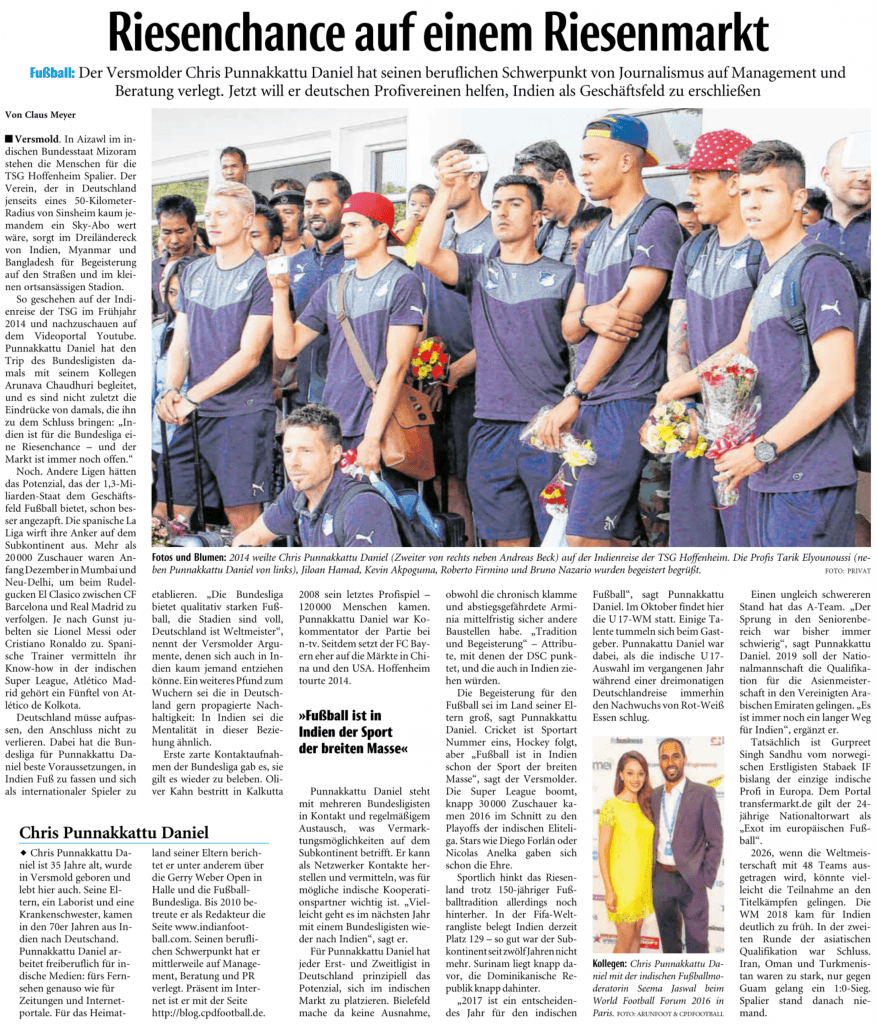