With less than three months to go before the FIFA U-17 World Cup Brazil 2019 kicks off, the FIFA Referees Committee has appointed 20 trios of match officials, five Support Referees and 17 Video Assistant Referees (VARs), representing all six confederations.

This competition in Brazil will give ambitious FIFA referees the opportunity to showcase their quality while taking another big step in their careers.

Referee preparation for the prestigious youth competition will be organised by the FIFA Refereeing Department and will focus on a wide range of topics, including officials’ reading of the game, football understanding, positioning to adjudge offside, teamwork, good decision-making, and the importance of taking up the best position or angle – i.e. being in the right place at the right time.

All of these aspects reflect the philosophy of FIFA Refereeing and are key to referee preparation. As such, they are vital to the attainment of consistency and uniformity at elite level of refereeing.

Following on from the FIFA U-17 World Cup India 2017, where Switzerland’s Esther Staubli officiated one game, FIFA has again selected female referees for a men’s tournament. Claudia Umpierrez and Luciana Mascarana from Uruguay will team up with Monica Amboya from Ecuador to form a trio during the tournament, while Edina Alves Batista from Brazil has been appointed as a Support Referee. In addition: Bibiana Steinhaus (Germany) and Quetzalli Alvarado (Mexico) have been named among the VARs for this competition.

The FIFA U-17 World Cup Brazil 2019 will take place in Brasilia (Gama), Goiania and Vitoria (Cariacica) between 26 October and 17 November 2019. The final will be played at the Estadio Bezerrao in Brasilia on 17 November. 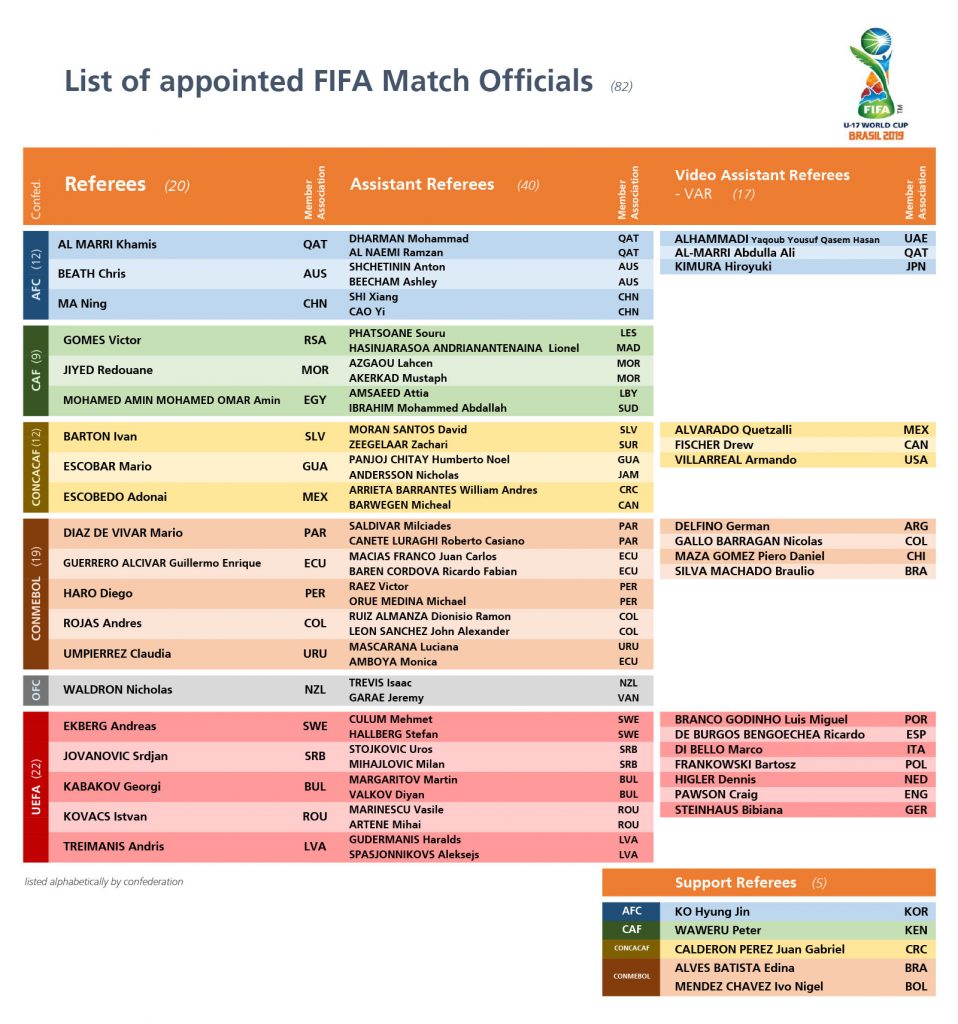 #Choreography by @hsv fans at the @bundesliga_en 2

#Choreography by @hsv fans at the @bundesliga_en 2