Indian men’s national team captain Sunil Chhetri and other notable footballers in the country have joined forces to welcome the stars of the AFC Women’s Asian Cup India 2022™, which will be held from January 20 to February 6.

The 37-year-old Chhetri, India’s leading all-time goal scorer, is confident India will be gracious AFC Women’s Asian Cup™ hosts that will be played under the slogan of ‘Our Goal for All’.

He said: “The AFC Women’s Asian Cup India 2022 is the biggest women’s national team tournament in Asia. It is an honour for us (India) to host this competition.

“I’m very confident that all the participating teams are going to perform at their highest levels and that the football fans in Asia will enjoy watching the action on television. I wish all the teams the very best and may the best team win.”

Fernandes, who was part of the FC Goa side that won the 2019-2020 Indian Super League, sent his best wishes to the teams who will be contending for top honours across three venues of Navi Mumbai, Mumbai and Pune.

“To all the teams I wish you all the very best. I hope you enjoy a warm welcome in our country,” he said.

The 21-year-old Dheeraj offered words of inspiration to the participating teams aiming to secure one of the five tickets to the FIFA Women’s World Cup™ 2023 that will be jointly hosted by Australia and New Zealand.

“Everyone will be watching the best women’s footballers in India. Sometimes, one chance is all it takes, one goal can change history and open new doors. To all the football fans in Asia, please support your team from the comforts of your house,” said Dheeraj.

Meanwhile Ralte, highly rated as one of the brightest prospects in Indian football, believes the AFC Women’s Asian Cup India 2022™ will showcase the best in women’s football.

“Everyone will be watching the best Asian women’s players in action in India and this will be a great promotion for women’s football,” added the 21-year-old midfielder.

As India prepares to host the showpiece, Gurpreet has voiced his support for the ‘Blue Tigresses’, who begin their campaign against the Islamic Republic of Iran on January 20 at the D.Y. Patil Stadium at 7.30pm.

“We will be watching and supporting you. It is your time to shine. Just play with your hearts and enjoy competing against the highest level,” said Gurpreet. 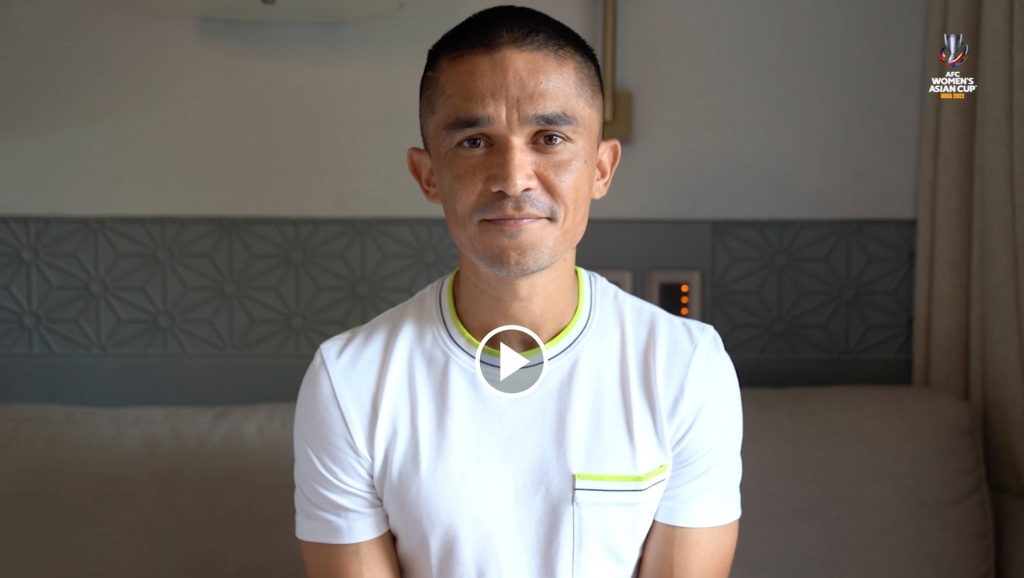